According to Science, ‘Forest Bathing’ has Proven Health Benefits 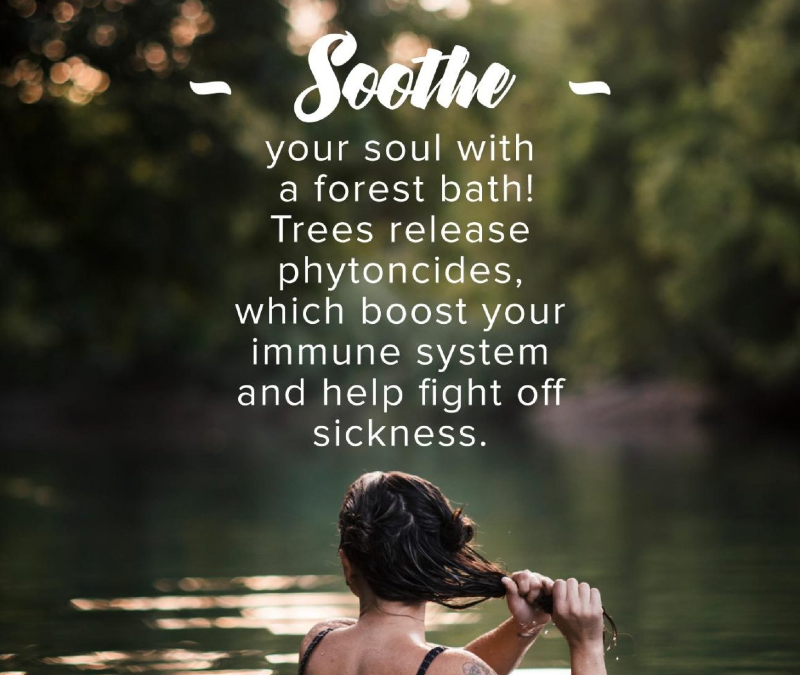 FOREST BATHING IS A JAPANESE FORM OF MEDICINE, ALSO KNOWN AS “SHINRIN-YOKU,” TO REDUCE STRESS. IT’S NOT A NEW PRACTICE, BUT IT’S ONE ANYONE CAN EASILY START. 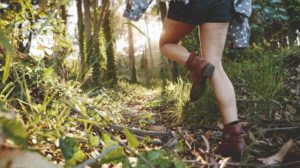 When I first heard the term forest bathing, I imagined a group of outdoor diehards from “Survivor” searching for creative ways to shower beneath pine trees. But forest bathing isn’t a physical cleansing practice. It’s an emotional one.

The term comes from the Japanese word “Shinrin-yoku,” which means “taking in the forest atmosphere.” This Japanese-based practice began in 1982 when the agriculture ministry of Japan promoted nature as a form of eco-therapy, or healing that happens by spending time in nature.

HEAL WITH A LITTLE BIT OF WOODLAND THERAPY

“The ministry promoted forest therapy because several years of research showed that it had health benefits,” says Susan Joachim, a forest therapy guide in Melbourne, Australia. 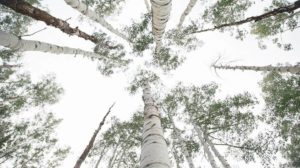 One study published in Environmental Health and Preventive Medicine discovered that people who spent time in the forest had lower cortisol levels, lower pulse rates, and lower blood pressure than those who walked in the city. They also had lower stress levels. And this wasn’t from just one experiment. The researchers conducted field experiments in 24 different forests throughout Japan with 280 participants.

While the forest is a serene place of picturesque beauty, the healing benefits come from more than its atmosphere. Joachim says that trees release phytoncides, which are antibacterial compounds that protect the topiaries, or plants pruned into shapes, from diseases and tumorous growths. According to the Forest Therapy Association of the Americas, this substance boosts the immune system and increases the body’s count of Natural Killer (NK) cells, which helps us fight off illnesses. As people spend time in nature, they also absorb this curative tincture.

ENGAGE YOUR SENSES AND GET AN OUTWARD REFLECTION OF YOU

Similar to meditation, forest bathing can be practiced solo or in a group, with the help of a guide. But unlike the inward reflection that meditating requires, forest bathing draws a person’s attention outward.

When Joachim leads her forest bathing groups, she begins by taking her participants on a gentle one to two-mile walk along the lush forest trails.

“Under a canopy of trees, I invite them to put away their phones and to experience the soothing experience that nature provides,” she says.

As a therapy guide, Joachim provides her group members with a series of “invitations” to take in the sights, smells, sounds, and atmosphere of the forest. She ends each walk with a tea-sharing ceremony, which is a perfect way to end the experience. Sipping a drink like passion fruit tea can help lower stress levels even more and really boost the effect forest bathing has on stress management.

“During these journeys, people experience the therapeutic power of the forest. By slowing people down and facilitating sensory experiencing, I open the doorways through which the forest can accomplish its healing work,” she says.

SLOWLY COMING TO THE UNITED STATES

Even physicians in the United States are beginning to recommend forest bathing to their patients as a form of self-care. Similar to yoga, mindfulness, and acupuncture, doctors believe that forest bathing is a tool that can help people manage the stress that accompanies conditions like chronic pain, depression, and cancer.

“This program helps patients manage their stress levels, which can impact their immune systems and their overall quality of life,” says Christy Andrews, the executive director of the Cancer Support Community Atlanta, an organization that works in close collaboration with Northside Hospital.

“It brings people together and invites them into a cohesive group. This support reminds these patients that they are not alone,” she says.

INCREASE YOUR APPRECIATION FOR LIVING IN THE NOW

Cancer survivor Emily Helck, 33, has been forest bathing for several years. She was diagnosed with breast cancer in 2012 at the young age of 28. The illness took a toll on her physical and emotional health. After completing chemotherapy and a double mastectomy, she hoped to incorporate some self-care tools to help her physically and emotionally heal from her illness.

“I’ve had no evidence of disease for five years, and have finished treatment. I’ve always loved nature and when I read about the effects of forest bathing on the immune system, I was really intrigued,” she says.

Instead of participating in a group practice like Joachim leads, Helck prefers to bathe solo. With her dog by her side, she begins her practice by walking at a natural pace. As she places one foot in front of the other, she engages her senses to take in the sights, smells, and sounds of the great outdoors. 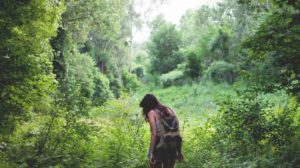 “If I step onto a fallen log, I pay attention to the way it crumbles beneath my feet. When I walk through the ferns, I notice the cinnamon-type scent that they evoke. The forest starts to feel alive the more I touch the plants and rocks around me,” she says. Helck has been cancer-free for five years — a milestone for many people with cancer.

Her diagnosis taught her that life is unpredictable. It gave her a deeper appreciation for living in the now. She credits forest bathing as helping her cultivate a greater sense of present moment awareness.

“Forest bathing connects me to a greater world. Surrounded by life, I feel the profound importance of the creatures and plants around me, and this is calming.” 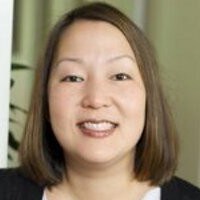 Juli Fraga is a licensed psychologist based in San Francisco. She graduated with a PsyD from University of Northern Colorado and attended a postdoctoral fellowship at UC Berkeley. Passionate about women’s health, she approaches all her sessions with warmth, honesty, and compassion.

If you have issues with ordering, please go to our Amazon store. Dismiss