The Scientifically Proven Benefits of Daydreaming 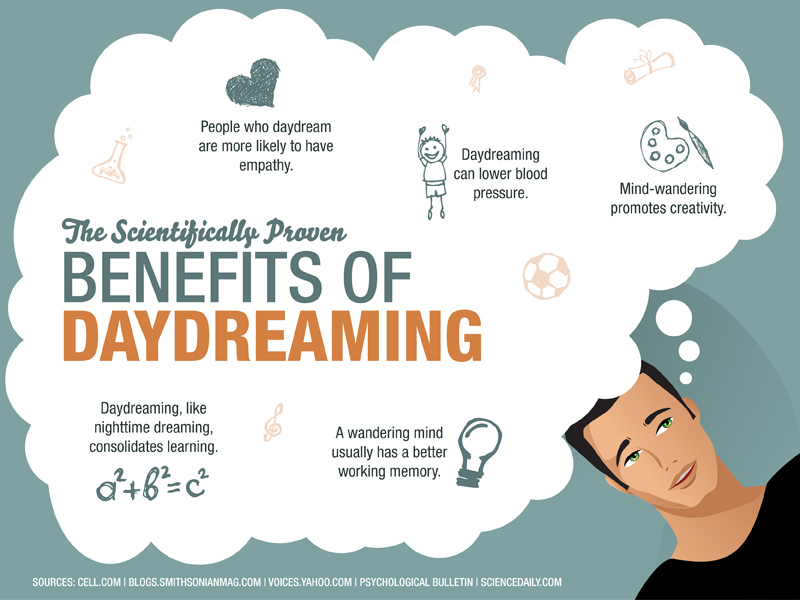 Daydreaming has long been brushed off as a useless waste of time,

a state in which we’re just zoning out and not getting anything done. But recent research has shown that daydreaming can actually be quite useful and offers a host of benefits. From improving your memory and creativity to lowering your blood pressure, there are several scientifically proven benefits of daydreaming that will encourage you to dream on.

If you have issues with ordering, please go to our Amazon store. Dismiss